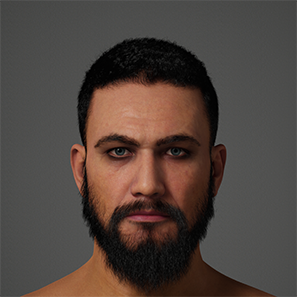 During a visit to Rome he was imprisoned for murdering an old man in cold blood, facing starvation and seeing the man carrying a loaf of bread, he did what he had to do in order to survive. He spent 7 years in prison, and was tortured daily by the guards until he finally agreed to his release under the condition that he become a gladiator. Garos was sent to a nearby Ludus where he trained for the next year in preparation for his time in the Colosseum. His kill count rivals that of some of Rome’s 13th legion’s best men. Warrior or not, if you’re against Gaul, you’re against Garos.