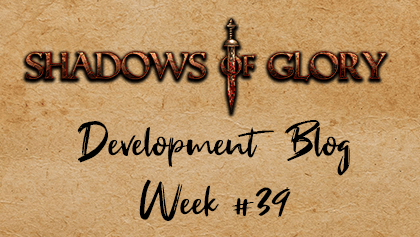 This week we continued implementing the Sagittarius (archer) specialty along with various other long-term tasks. As a reminder before we dig into the update this week, we still have a few weeks left before the Tier 6 Founder’s Pack giveaway ends. Make sure you create an account at shadowsofglory.com/register to be entered for a chance to win. More details about this giveaway can be found on our announcement post here.

Our implementation technique for bows, strings and their draw animations.

A common way to implement bows in video games is to create joints for each arm of the bow as well as the string, and animate the bow along with the character. But with the number of bows we plan on implementing, we have begun streamlining the process using several procedural methods instead, in order for it to be compatible with any number of bows and animations. The vertices of any bow can be bent with a variety of settings without a skeleton, and the string always follows the character’s hand, no matter where in the animation it is. This will allow us to rapidly implement bows going forward in just a few clicks after the asset has been made. 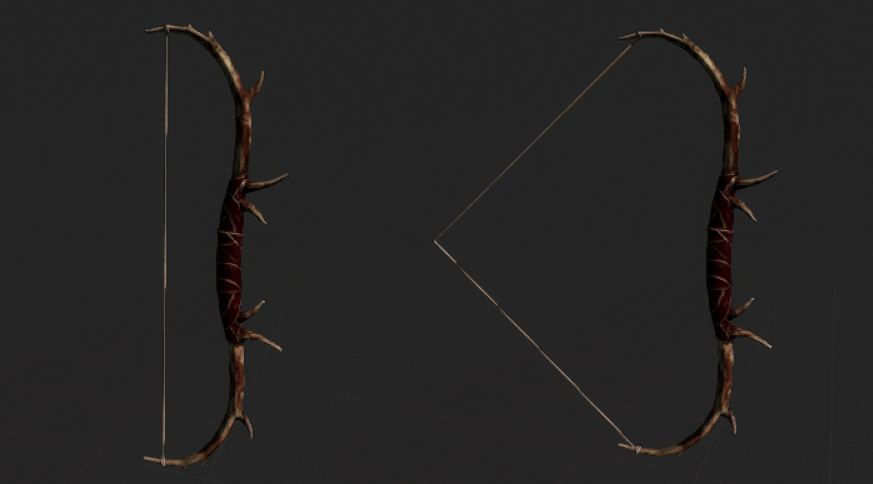