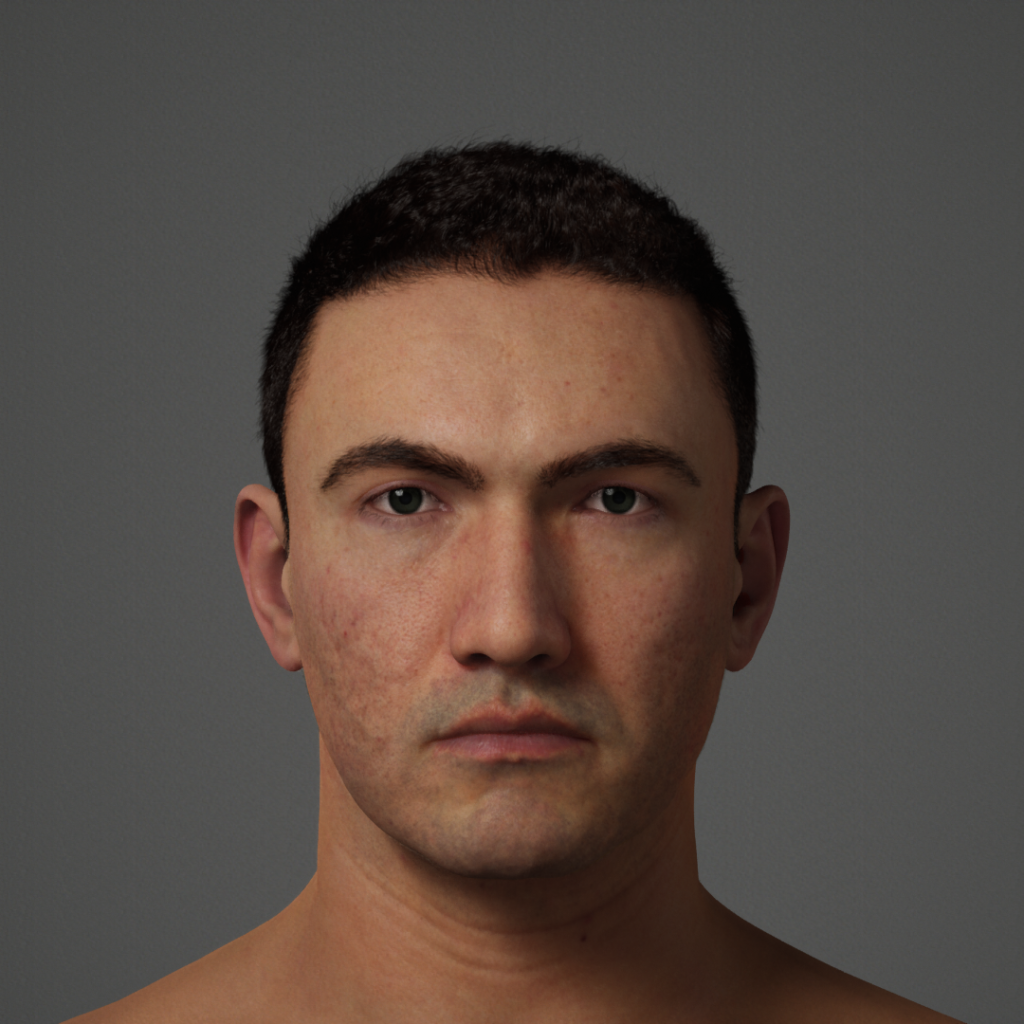 Marcellus is now known as The Merchant of Death after slaughtering a group of 5 men who tried to rob him. He was closing up shop one night when he was approached by the thieves. As one of the men began shouting demands, Marcellus quickly drew a small blade from his belt and thrusted it up through the bottom of the man’s jaw, sealing his mouth shut and silencing him mid-sentence. With a frozen face of shock upon his death, the man slowly fell backward onto the ground. The other men stood there in silence, unsure what to do now that their leader was just killed. They attempted to flee but were unsuccessful, and within seconds Marcellus killed them all, leaving a bloody mess of cut up flesh. Even though Marcellus was defending himself, he was convicted of murder for killing the other men that tried to flee without a fight. He now spends his days fighting in the Colosseum trying to win his freedom.